The Lamer Gamers talk about the KFC Console along with a series of hilarious "sponsored" consoles trying to compete. News Roundup about Gyoza the Pug from Halo Infinite, Silksong, Stardew Valley 1.5, Cyberpunk 2077, Elden Ring, Game Pass games, PS Plus Games, and more! Then the Lamers talk about Assassin's Creed valhalla, Immortals Fenyx Rising, Yakuza Like a Dragon, Dragon Question XI, Fuser, and more. BONUS Points features the question "Can Nintendo Survive the Next-Gen?" which had plenty of great responses.
In today’s episode we’re going to talk about everything from the KFC Console to alien pugs in Halo to upcoming game expansions for Hollow Knight and Star Dew Valley to Cyberpunk 2077 news and more in the news roundup! Then we’ll talk about the games we’ve been playing such as Assassin’s Creed Valhalla, Immortals Fenyx Rising, Yakuza Like a Dragon, Dragon Quest XI, and more. Then we’ll end the show with a special BONUS POINTS segment where we asked a bunch of Lamers if they think Nintendo can survive the next generation!

Now before we get started we’d like to let you know that we finally have SPONSORS on the show! We’ve been contacted by multiple fast food companies planning on releasing competition to the most epic console of all time, the KFC Console! So, expect a couple commercials during the show that will totally not interrupt your regularly schedule Lamer Gamers Podcast 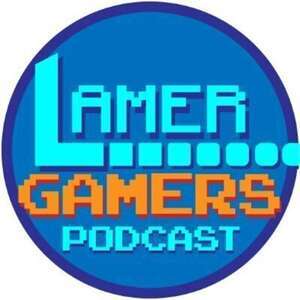